← more from
Ransom Note Records
Get fresh music recommendations delivered to your inbox every Friday. 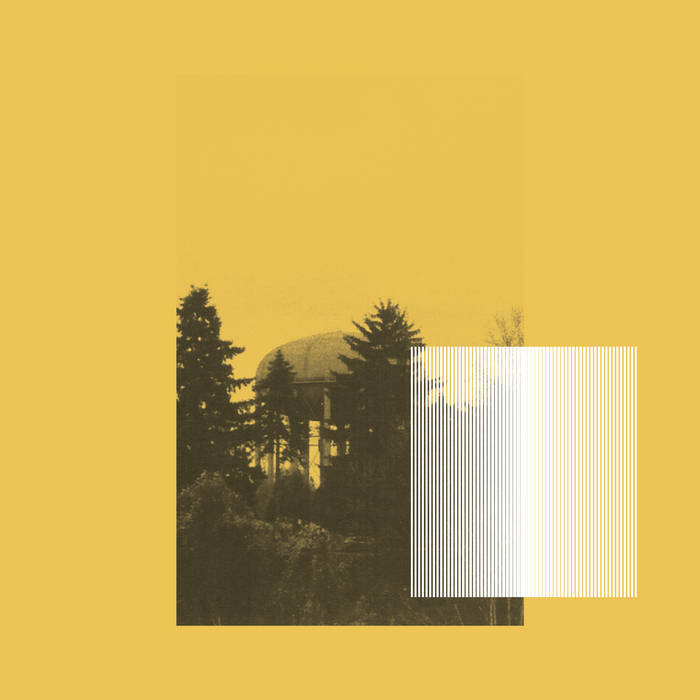 Nick Ruva What an incredible album. From start to finish, Universal Ash is evocative, layered in texture, feedback, and a slightly hazy warble that carries the listener deep into its expanse. One of my favorite releases of the year, and an album that demands repeat listens.

“Our works in stone, in paint, in print, are spared, some of them, for a few decades or a millennium or two, but everything must finally fall in war, or wear away into the ultimate and universal ash - the triumphs, the frauds, the treasures and the fakes” - Orson Welles

Portland producer James Cooke aka Graintable makes a much-anticipated return to Ransom Note Records with his second album Universal Ash. Released on digital and limited edition cassette, the follow-up to 2018’s Herons is an overwhelming experience that builds on its predecessor’s mind-altering ambient odysseys while casting its stylistic horizons even further.

Recorded in a series of one-take hardware jams, the album speaks to the liberating creative power of chasing an idea with little thought as to where it might take you. As ever, Graintable’s mastery lies in his instinctive understanding of the relationship between melody, texture and emotion.

As hinted at by the title, Universal Ash explores themes of loss, rebirth, ephemerality and truth. The album charts a course between epic drones and bubbling arpeggios, taking a slash and burn approach to its internal geography, each track rising from the ashes of the previous one like a stubborn plant. Whether they begin their life as a chord sequence or a simple MIDI pattern, the tracks are all subject to the same processes of saturation, decay and eventual oblivion; caverns of delay flooded by oceans of reverb, some of them wrapped up in Cooke’s newfound love of tape loop manipulation.

Real life shines in through the cracks, as Graintable scatters the album with various found sounds. Some are detritus extracted from late-night YouTube wormholes - Orson Welles reminds us that death is the great equalizer; Jim Carrey emerges, open-eyed, from an existential crisis - while others are dispatches from the great outdoors, captured on Cooke’s trusty Tascam DR-40 field recorder. ‘Tidewater’ sounds like Vangelis battling against the wind and rain of the Oregon Coast, while the treacle-slow ‘Vision Quest’ invites you 1,000 odd miles down south for a spot of mushroom tripping in the Mojave Desert.

While best enjoyed front to back, Universal Ash is home to a number of Graintable’s most singular and affecting compositions to date. The glacial synths of ‘For Charlie’ trace a plaintive elegy for a beloved pet, while the Boards of Canada-esque title track sounds like the first sighting of cherry blossom on an uncommonly warm March morning. The album draws to a close with the hymnal pulse of ‘No Longer a Fragment’, as the synths dissolve away, the crickets continue to chirp, and the whole cycle begins again.

The sight of Notre-Dame engulfed in flames reminds us that even centuries of permanence one day give way to ruin. Perhaps it’s more honest to create with a sense of fragility in mind? The age of recorded music is but a footnote in the history of sound, and artists like Graintable continue to sublimate themselves to their creative urges, in spite of (or because of) the fact that one day, someone will listen to their compositions for the last time, before they all but cease to exist. For now at least, we hope you enjoy one of the finest ambient albums you’re likely to hear all year.

Written and produced by James Cooke

Bandcamp Daily  your guide to the world of Bandcamp